A downloadable game for Android 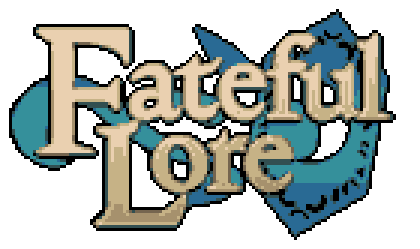 "Many years ago, the Kingdom of Damerel was attacked by the demoness Daglaxaak. War raged, but Daglaxaak was too powerful. When all hope was lost, a warrior by the name of Egmulf managed to banish the demon warlord to another dimension, where she was trapped for good. But peace may not last much longer, for the magic that has been keeping Daglaxaak from coming back is weakening! And it's up to you - the greatest of the King's warriors - to venture forth and prevent chaos from ensuing once again!"

Fateful Lore is an all-new retro-style role-playing game by Fantaseel Interactive! Inspired by old-school, 8-bit JRPGs, Fateful Lore is a nostalgic adventure that will delight fans of the genre! 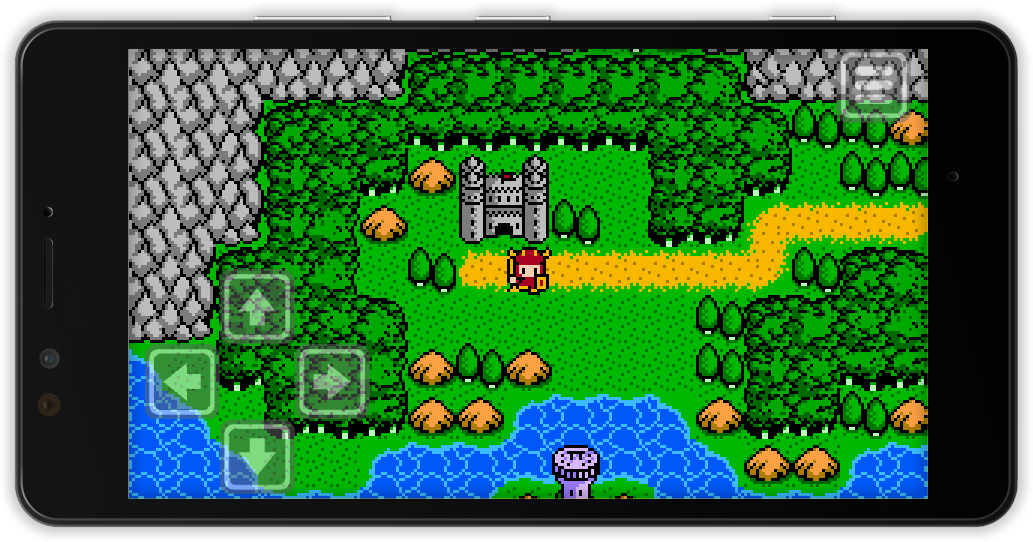 Adventure, monster slaying, treasure hunting and lots of pixels in wonderful, retro NES style await!
Fateful Lore is inspired by classic RPGs like Dragon Quest and Final Fantasy. We found that there were no RPGs on these platforms that looked and played like the games we loved when we were young, so we decided to make one ourselves.

The soundtrack of the game can be downloaded below for free.

Fateful Lore is, in many ways, a spiritual successor to Lartu's Aidinia: An Epic Adventure. If you want to learn more about the roots of Fateful Lore, you could give it a go.

I was like: look at this adorible imp, and slime, and other enemy's, they all so cute and colorful.

Then the first boss rocked up and now I want the flee button to work more than ever, I cant, the thing is horrefying, good job

Any chance of getting a windows or linux port?

This game was amazing. It was a lil bit hard at first but once you get the first 3 spells the game becomes really enjoyable. It took me about 8 hours to finish the whole game. But once you defeat the final boss, you get booted back to your last save point and there's really nothing else to do because even if you get more gold, you probably already have the best if not one of the best weapons the game has to offer. All in all expect a really engaging RPG that is like a Solo Final Fantasy 1 and Earthbound mashup

Outside technical things, it's very excellent work. I love the idea. Thank you for bringing back old good style game.

Reply
No Time To Play1 year ago

So, I've been playing Fateful Lore, very slowly (nine and a half hours in, I just cleared the second tower), and there are two main things I like:

Conversely, all those random encounters start getting in the way after a while, but oh well. Oh, and if the game ever gets an update, can I have a button to exit the game? It would be handy on devices with no physical home button.

I'm loving it either way. Thank you!

Hey thanks! We are really glad you are enjoying it!

I love any retro rpg that holds true to the genre. This game is amazing and I am hooked. About to enter the first tower on my Let's Play. Only complaint and this has gone for all the new age retro turn based combat not that it kills the game the game as is an amazing must play game but most of these games could use better attacking animations. I love to spam attack as much as anyone else but I could use a little more aesthetically pleasing attack animations.

Thank you very much!

Dived 40 mins into it. Love the game so far. Will play more tonight. But seem like i cannot find the enemy stats and HP

I hope you enjoy it anyway!

I really enjoyed this! I felt it was a bit vanilla, but that was decidedly what you were going for so you succeeded there. The sprites were gorgeous, the enemy designs fantastic, and I loved the battle backgrounds. The writing for incidental things like battle and library books and some flavorful dialogue was funny as well. I didn't listen to the music much (my kid won't let me play if he hears it) but what I did listen to was great as well.

Critically, I would suggest the economy of things was sometimes off. It might have been by design, but whereas you start off struggling like you often would in RPGs, by the time I completed the first tower I was running around with thousands of gold, and since every fight soon was giving me 50+ gold, I could just potion up after every fight. Magic wise, I wasn't sure about the most expensive spells costing up to 40 MP to inflict only one extra round of status effect, plus they did no damage unlike the lower tier spells. And while I loved the quality of life feature of the auto save, it's worth pointing out that you can easily abuse it to explore dungeons you're underleveled for and loot them by just repeatedly dying and loading the autosaves.

Anyway I don't mean to complain, just offer my own 2 cents. Took me 7 hours and I thoroughly enjoyed it, and look forward to what you do in the future! Thanks for your support to the bundle and Black Lives Matter.

Hi! Thanks for the kind words! Your comments are really spot on, we wanted to make a vanilla RPG that could be played anywhere, anytime. That's why it may be too forgiving at times; we chose to provide an enjoyable experience for everyone over making a challenging game.
We are really glad you enjoyed it and happy to support the bundle!

Looks great. Curious why does it need the full network access permission though?

Hi there! I believe it's a requirement by Unity for Unity Analytics.

I got this in the Bundle for Racial Justice and Equality. Is there anyway to get this onto my iPhone? I only see the .apk download for Android, and a link to the ios App Store. Thanks!

Hi there! Sorry, but we cannot provide installer files for iOS because of the nature of the iOS platform. In Android you can just download the .apk, upload it to your phone, click install and you are done. In iOS this is not an option.

Thanks for the response. No worries. Looks like an awesome game, thanks anyways!

Reply
The Infinite Monkey2 years ago(+2)

Congrats! It looks great with details like trees partly submerging the player. Did you create all the assets too or did you buy them? How long did you spend to create it? Perhaps you could find a way to port game data from Aidiania to use this engine you've built, with fresh graphics and more future proof.

Thank you! We are so glad you like it! We created all the assets ourselves, we are happy you like them! The game was made in around 4 months, and the sprites were drawn as we needed them during that time. Regarding Aidinia, the engines are very, very different, so a direct port is off the table, but we are considering maybe working on a remake. Thank you!

Really great game. It would be cool to have controller support on Android.

And it would be nice if it hits Nintendo Switch one day. Maybe with the help of Ratalaika or one of the other publishers which are bring mobile games to it?

Thank you! It makes us very happy that you like it! Controller support has been a much requested feature, but due to the game the way is coded (and the fact that we didn't design it with controller support from the very beginning) made it a little hard to implement it. That said, we may add it in the future. In fact, we ordered a controller online a few days ago to test features like this one.

Regarding the Switch release, thank you for the information about Ratalika! We will look them up to see if there's a chance of that happening!

Yes! Been waiting for this game, and it's awesome!

Thank you! We are so glad you like it!

This game looks like a spiritual successor to Aidinia, a game I very much enjoyed!

Will this be available on Google Play anytime soon?

I think that of all the answers we have received, this one has been the one that has made me smile the most. It amazes me when people know Aidinia, I made that game over 7 years ago (while still learning to code) and, while it's quite dear to me, it's a mess haha. I'm so glad you liked it anyway; Fateful Lore is a spiritual successor to Aidinia, but with all the things that were wrong with Aidinia fixed. This time I did not make the game alone (I worked on it with some colleagues as Fantaseel Interactive) and the final result is of a much, much higher quality. I believe that if you enjoyed Aidinia you will absolutely love Fateful Lore.

All that said, the game will be available on Google Play as soon as Google approves it. Google is now checking every app that's uploaded to their store (and taking almost a week in doing so) and we didn't realize that until it was too late, so the Play Store version is still under review. But Fateful Lore it WILL undoubtedly be released on Google Play, sooner or later (let's hope sooner). I believe that in less that a week it will be on the Play Store. For the time being, however, we have uploaded it here - and it will remain here (while also being on the App Store and Play Store) updated an all, for those who prefer to have the apk.

Thank you for the quick reply!

Knowing that, I'm not going to wait, I'll just buy it now.

Aidinia was a game that I was absolutely looking for at the time I found it. To know the same creator is behind this game is an "instant-buy" for me!

Keep up the good work!

Woah, thank you! That makes me incredibly happy, I'm so glad you liked Aidinia so much, and I just hope you like Fateful Lore even more! Thank you very much for everything!

Was just coming here to say this :)

Thank you for the interest! The game was built with mobile in mind, really, and it's fine tuned to be playable and enjoyable on mobile devices mostly. We haven't discarded the possibility of a PC release in the future, but at the moment that is not in our immediate roadmap. 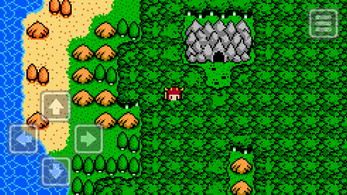 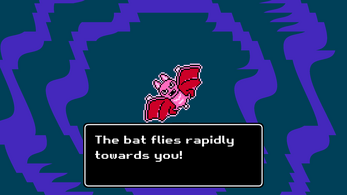 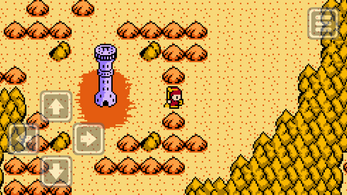 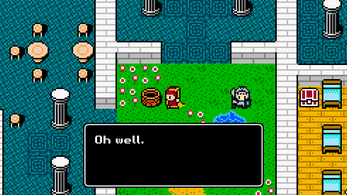 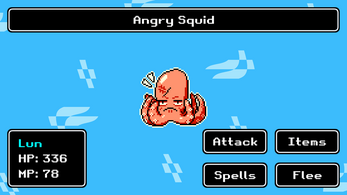 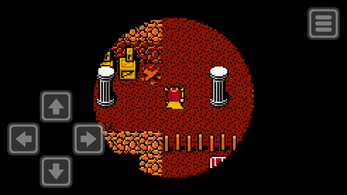 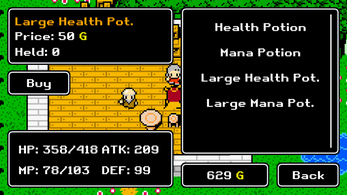 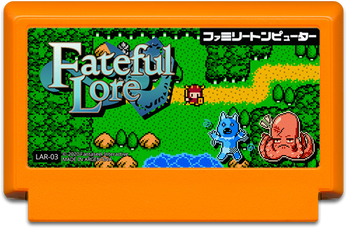